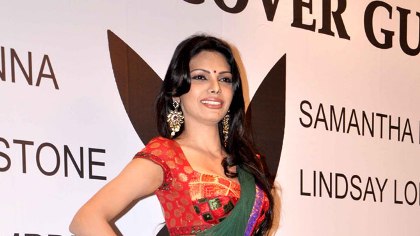 Earlier reports had claimed that actress Sherlyn Chopra had been thrown out of upcoming movie ‘Kamasutra 3D’. However, recent reports claim that the actress is now back on the movie.

Director Rupesh Paul said that apart from Sherlyn, even other actresses will be seen doing intimate scenes in his upcoming movie.

Paul, while talking to reporters said, “Sherlyn is a very dedicated actress and she is very passionate about her job. I don’t think any other actress could justify it. Besides, it’s a very bold subject.”

The director further revealed that the actress is playing the role of a princess and that he is not ready to compromise with any of the scenes in the movie. The filmmaker is all set to launch the flick by March 15, 2013. Paul also revealed that they will begin shooting in Rajasthan and that they have just shot two to three percent of the movie till date.

The production house was earlier miffed with Sherlyn, as she leaked certain montage scenes from the film on YouTube. Paul said that after the incident she has become more mature and responsible.