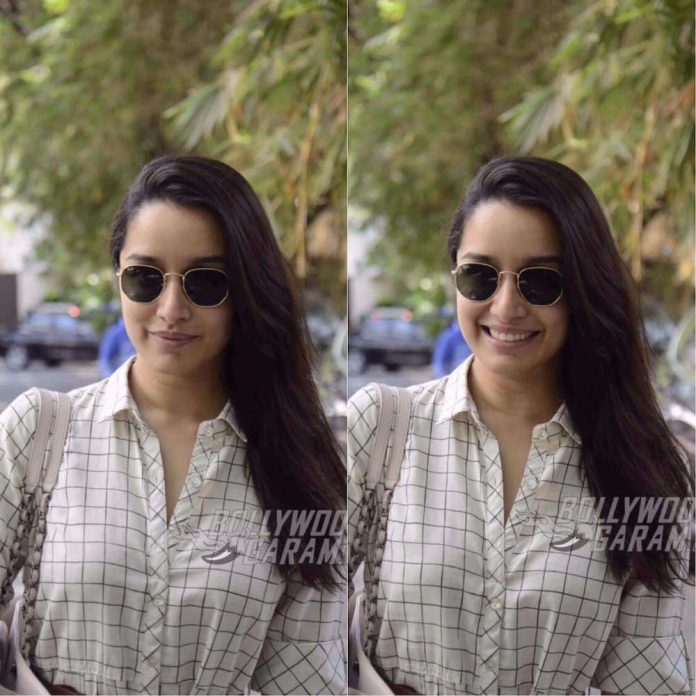 Looks like it was Shraddha Kapoor’s day out today

Rock On! 2 actors Shraddha Kapoor and Farhan Akhtar have been linked up for a while now. There were even rumors that Shraddha’s father, Shakti Kapoor dragged her out of Farhan’s home but it was later rubbished by all three parties involved.

Last night, Shraddha was spotted leave Farhan Akhtar’s house. We caught a glimpse of her as she exited his building. Watch the video right here –

The next morning the actress was spotted leaving her residence at Juhu. She looked beautiful in a checked beige cotton midi dress, paired with a brown waist belt and a beige handbag.

A few hours later Shraddha was spotted outside Aamir Khan’s residence. Seems like the actress dropped by to meet him and spent a good part of early evening at Aamir Khan and Kiran Rao’s residence.

Stay tuned for latest updates on your favorite actress and diva, Shraddha Kapoor, exclusively on Bollywood Garam. And don’t miss out on updates on her upcoming movie, The Queen of Mumbai – Haseena!