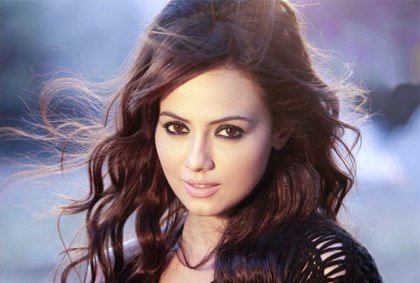 Recent reports have claimed that Bollywood star Salman Khan will soon be starring with former Bigg Boss contestant Sana Khan. The actors are expected to star along with Daisy Shah in upcoming movie ‘Mental’.

The news was confirmed by Sana’s manager. The actress was earlier known for her appearance in the Amul Macho ad and later shot to fame by participating in the reality show ‘Bigg Boss’.

Sources from the production unit have revealed that the actress has developed a good rapport with Salman in recent times. The ‘Dabangg’ star is allegedly quite fond of Sana and had also recommended her for a role in this movie. On the other hand, Daisy Shah was an assistant choreographer for Ganesh Acharya in movies like ‘Zameen’ and ‘Khakee’, after which she had come into contact with Salman.

The shooting for the movie has already begun and Daisy has already shot for a song with Salman in Dubai. Earlier, there was a lot of speculation surrounding who will be the female lead actress in Salman’s ‘Mental’. There were reports circulating that former Bigg Boss contestants Karishma Kotak and actress Priyanka Chopra were also being roped in to star in the movie, however these facts could not be confirmed.