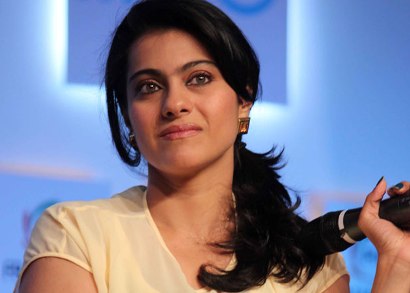 Bollywood actress Kajol is now a mother of two kids with husband Ajay Devgn. The ‘Baazigar’ actress might not be very active these days in the industry, but still thinks that no one comes close to her in terms of acting ability, when compared to the heroines of today.

Kajol was talking with friend and filmmaker Karan Johar on the third day of Ficci Frames when she said, “There is no one. I don’t think there is any one better than me. Not right now. I think acting is something where you learn, re-learn things, hone and refine your skills. I think the girls need time”.

The mother of two kids has been a part of several hit films in the past like ‘Dil Wale Dulhaniya Le Jayenge’, ‘Fanaa’, ‘My Name Is Khan’ and more. The actress is the daughter of veteran actress Tanuja and director Shomu Mukherjee and made her acting debut with the flick ‘Bekhudi’ in the year 1992.

Kajol had quit her studies to pursue acting and made her first commercially successful movie with the release of ‘Baazigar’, opposite Shahrukh Khan. Moreover, Kajol had also been a part of several hits like ‘Kuch Kuch Hota Hai’, ‘Kabhi Khushi Kabhi Gham’ and ‘Gupt’.