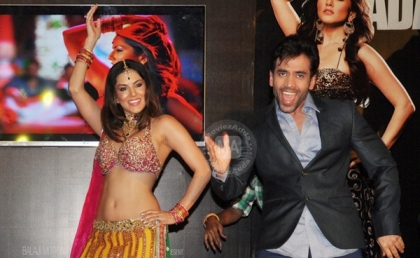 The makers of the movie have released the full official video of the item number, in which Leone is seen in a desi get up. Sunny, in the song is seen wearing a lehenga choli, while she grooves with actors Tusshar Kapoor and John Abraham. It seems like the song is inspired by Aishwarya Rai Bachchan’s ‘Kajra Re’, from the movie ‘Bunty Aur Babli’.

In the song, the Canadian beauty is seen wearing an outfit which was very similar to the one worn by Aishwarya in ‘Kajra Re’. However, this is not the only item song in the flick. The movie also has Priyanka Chopra showing off her dancing skills in an item song, which was also being publicised recently. Chopra is seen in the song ‘Babli Badmaash Hai’, in which she shows up in a very different look than what is normally expected of her.