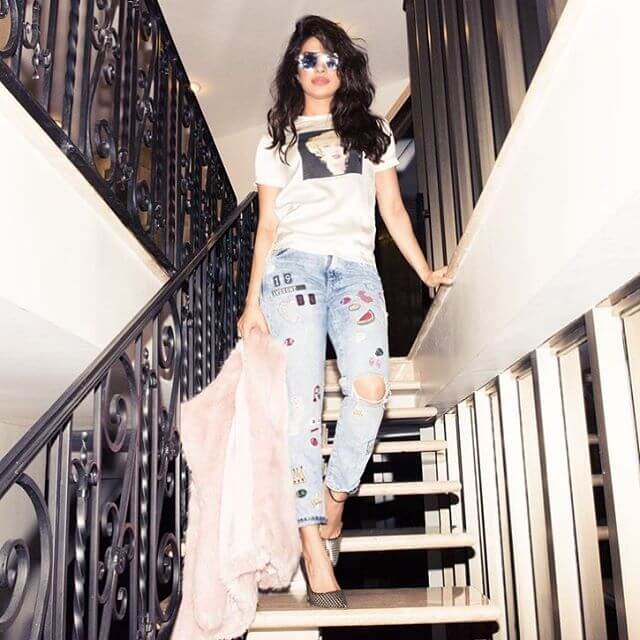 Priyanka Chopra may have just landed back in Mumbai, but she’s already being pursued by controversy. One of the first questions she was asked by the media is her opinion on the ongoing fairness cream debate.

Abhay Deol started the social conversation when he posted images on Facebook of celebrities endorsing various beauty brands that advertise fairness creams. From Shah Rukh Khan to Vidya Balan and Deepika Padukone, a number of celebrities were left shame-faced about their endorsements.

When asked about this, Priyanka Chopra very diplomatically answered, “I endorsed a fairness cream many years ago, for about 12 months, and then I realised that’s not like how I felt. After that, I never endorsed fairness creams.”

A while back, she had a similar answer when she said, “I got swayed into doing it. But then I realised it made me feel like I did as a kid – I used to try all those products until I became Miss India. It really works on your psyche man. We don’t realise it, but it does. I was the darkest, so in jest, my family called me kaali, and I never really understood how much that affected me until I was a teenager.”

And another actress has spoken up about the fairy cream controversy. Shruti Hassan gave her verdict to a leading daily, saying: “I will never endorse a fairness product because I was not comfortable growing up being the darkest person in my family. Also, I won’t endorse alcohol as I believe that it’s not good for health.”

It’s great to see that Abhay Deol managed to bring this topic to light. A number of Indians of darker skin are subjected to believing that they are not attractive as those with a lighter skin tone. Beauty product companies will now think twice before roping in another celebrity to endorse these sort of products.