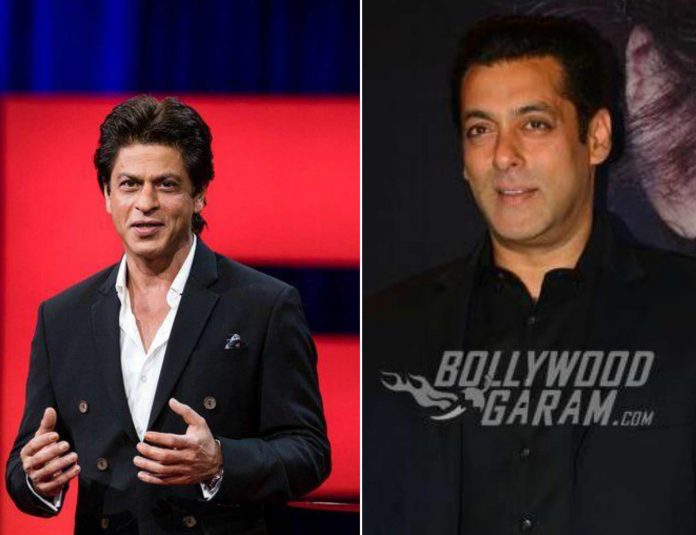 Two of the biggest Khans in Bollywood – Shah Rukh Khan and Salman Khan – have allegedly reached an impasse. They are each contending to play host to international pop superstar, Justin Bieber when he lands in India for his Jio Justin Bieber Purpose World Tour. Either one of the two stars will be picked soon enough, and will be able to show the Love Yourself singer a good time in Mumbai.

Rumour also has it that multi-billionaire Mukesh Ambani is also hosting the singer.

Yesterday Justin Bieber’s list of demands that include white curtains in his suite and fresh produce to feast on, was circulated widely on social media. The star will land in Mumbai on May 10 to perform in the biggest concert in the country. Ticket sales peaked at Rs. 75,000 to catch a glimpse of the pop sensation. Justin Bieber’s India Tour is being organized by White Fox India.

Another controversy of sorts related to Bieber’s concert has cropped between the makers of Half Girlfriend and Meri Pyaari Bindu. The two flicks clash at the box office, and now they’re elbowing each other to get the one slot that will allow the film to be promoted at Justin Bieber’s concert. It’s left to be seen if the Shraddha Kapoor-Arjun Kapoor starrer or the Parineeti Chopra-Ayushmann Khurrana film will gain the coveted slot.

Remember when Sonakshi Sinha-Kailesh Kher-Armaan Malik had that very public feud about actors participating in musical events and leaving deserving Indian singers out? Both Shraddha Kapoor and Parineeti Chopra have been known to use their pipes, and so they fit in to be a part of the concert.

Jacqueline Fernandez is also playing host to Justin Bieber. Bollywood Garam earlier reported that she will be taking him around Mumbai to view the sites and introduce him to some of the biggest Bollywood stars, including Karan Johar, Gauri Khan, Abhishek and Aishwarya Rai Bachchan and Deepika Padukone-Ranveer Singh, among others.