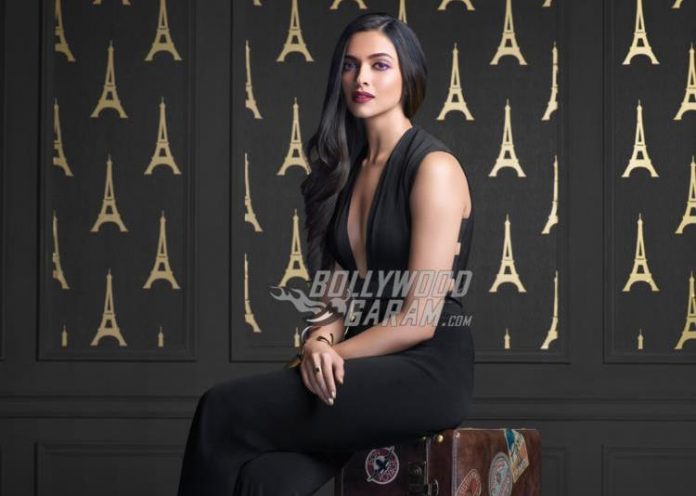 Deepika Padukone is on a career high. The hardworking actress has been jet-setting across continents to make a glamorous appearances on the biggest red carpets. And what has the actress bubbling with excitement is her attendance at the Cannes Film Festival 2017. Deepika recently became the brand ambassador for Loréal Paris and is the face for their Cannes Collection. She will be joining Cannes veteran Aishwarya Rai Bachchan and National Award winner, Sonam Kapoor, her fellow brand ambassadors for the international beauty brand.

Talking about her appearance the Cannes Film Festival, the actress told a leading daily, “I am very very excited. I am looking forward to the entire experience of being there and taking it in all.” This will be the second time that Deepika Padukone graces the Cannes Film Festival red carpet. Back in 2010, she was the brand ambassador of another beauty brand. “I would happily forget that experience, maybe, and start afresh.”

Elaborating on the upcoming Cannes Film Festival 2017, she says, “I feel proud that we have Indians who can represent not just at Cannes, but the world over, who represent us as a community and as a country in different walks of life.”

Deepika Padukone is also currently working on Padmavati, a film by Sanjay Leela Bhansali. The celebrated filmmaker previously got Shah Rukh Khan-Aishwarya Rai starrer Devdas to the Cannes Film Festival. And Padmavati promises to be just as epic. “Yes, being an actor, one always looks forward to a film going to Cannes as well. In fact, Sanjay [Leela Bhansali] and I have been speaking about it for years. We wanted to take Bhajirao Mastani to Cannes. When it comes to taking Indian films to Cannes, he has done in the past and he has done it beautifully.”