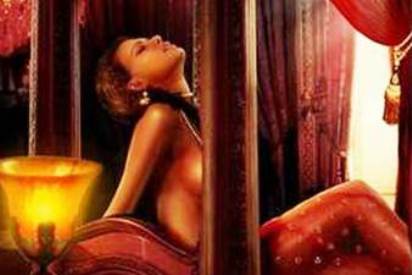 Bollywood actress Sherlyn Chopra has done it once again and has gone topless to unveil the first poster of her upcoming movie ‘Kamasutra 3D’. The actress is seen minus her top in the poster, while she is seated in a passionate pose on a bed.

Chopra Tweeted the poster of the movie saying, “1 of the few posters of Kamasutra 3D to be shortly showcased at a press conference at the 66th Cannes Film Festival.” The shooting of the movie ‘Kamasutra 3D’ was to begin from March 20, 2013, but due to certain reasons it was postponed till April 12, 2013.

The shooting was delayed due to some issues relating to director Rupesh Paul’s earlier movie St. Dracula 3D. Chopra will also be shooting for an item song. Paul confirmed, “Yes, we do have an item number in the film, which will also be used as the promotional song”.

The bold actress is currently shooting for the TV series ‘Splitsvilla’ season 6. She also became the first Indian girl to be featured in the international magazine Playboy. The cover of the Playboy magazine is yet to be revealed, but the poster of ‘Kamasutra 3D’ is surely going to be a treat for her fans. Chopra had posted several nude pictures of herself on the internet earlier to promote the film.