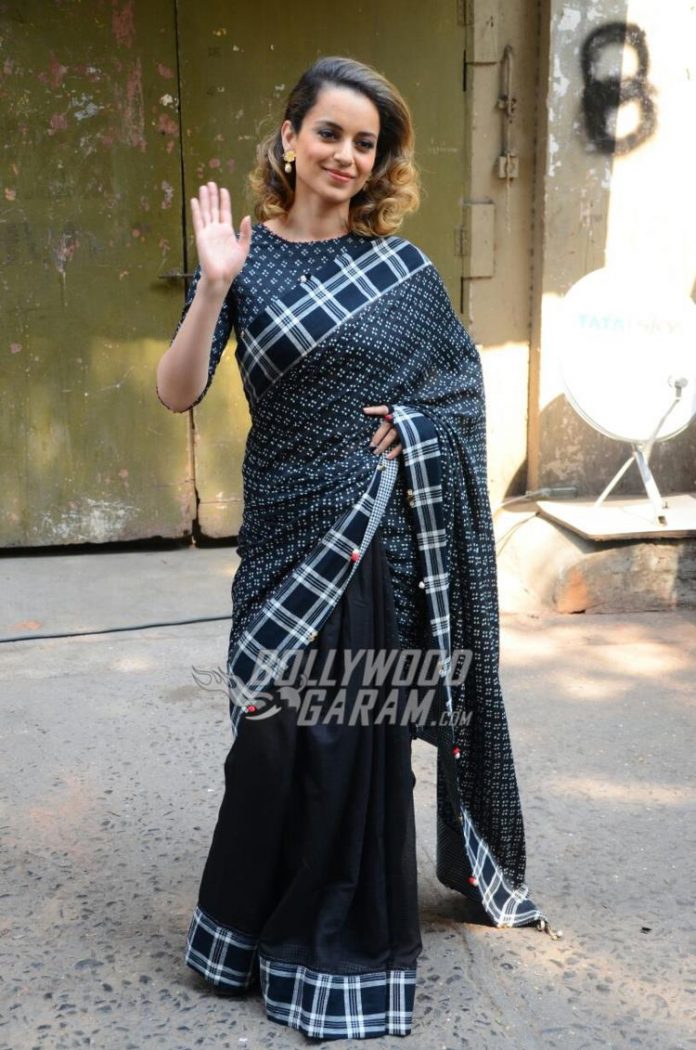 There really is no stopping actor Kangana Ranaut. The three time National Award winner always puts in her best for every film that she has done. Over a decade later in the industry, and it seems like she wants to hang up her acting boots. At least when it comes to doing films. The Rangoon actress is turning her attention to another important part of filmmaking – director. From being in front of the camera, Kangana now wants to go behind it and create films. She is also willing to continue acting, but that’s only if she is directing that film.

In an interview with a leading daily, Kangana Ranaut talks about the conscious shift in her career. “I feel whatever I have done in the last 11 years has led me to it, it completes me, I am 30 now and I don’t see myself working with another director after this. I will focus on being a filmmaker. I want to move on to the next phase which means that I will focus on my career as a filmmaker and if I act, I will act in my film.”

Could this be because she has had enough drama being in other filmmakers’ films? The star is regularly in the headlines for her public spats with those who work with her. In fact, a rumour was also recently doing the rounds that Kangana Ranaut and writer Apurva Asrani faced some differences over upcoming film, Simran. Apparently Kangana had even gone to the extent of asking Asrani to leave the sets.

Whatever may be happening behind the scenes, at least Kangana is staying focused on films, for now. Directing a film is far more difficult, but also far more rewarding. She will soon be seen on the big screen in a larger-than-life avatar of a feisty queen in Manikarnika – The Queen Of Jhansi. After watching Baahubali 2: The Conclusion, Kangana Ranaut assures fans that her movie, too, will live up to the hype.