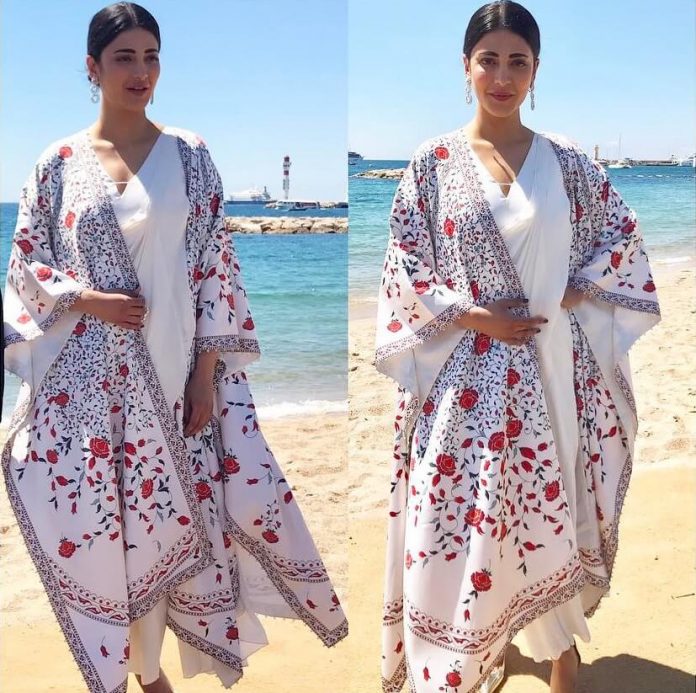 While Shruti Haasan may not have made the most glamorous debut at the Cannes red carpet, she surely made up for her flat red carpet gown with contemporary AMPM couture with a Kashmiri influence. She completed her look with a center parted bun and accessorized with Mahesh Notandas jewelry. While Shruti debuted at the Cannes 2017 red carpet on May 18 on Day 2 of the festival, Day 3 was reserved only for Sangamithra press interactions.

Shruti is at the 70th Cannes International Film Festival to promote her upcoming trilingual magnum opus, Sangamithra, along with the entire team. The first look of Sangamithra was unveiled at Cannes 2017 opening night. Shruti plays a lead role in the movie, starring opposite Jayam Ravi and Arya. Music composer A R Rahman too attended Cannes as a part of the Sangamithra team.

Sangamithra reportedly has a bigger budget than Baahubali and is expected to cross all it’s milestones post release in 2018! The movie is a historical drama, set in 8th century AD and revolves around the story of a beautiful warrior princess.