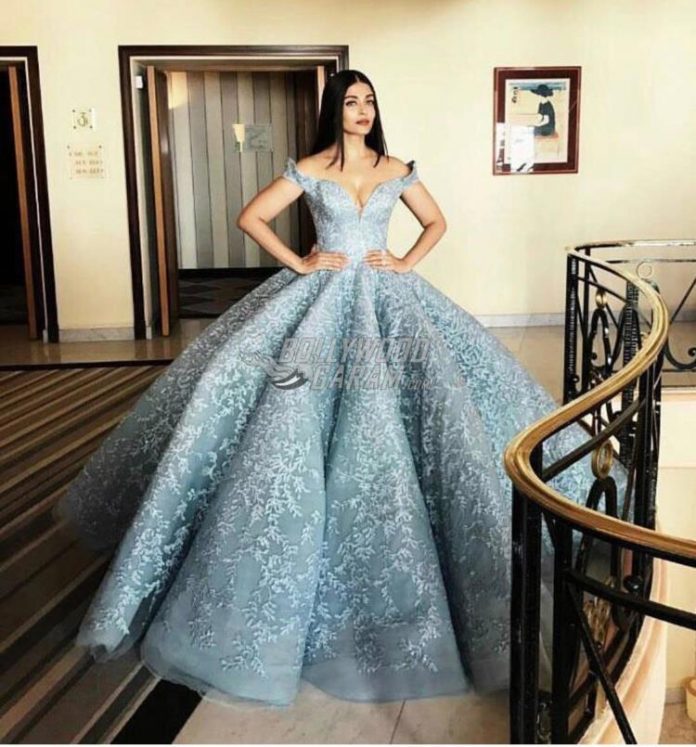 Aishwarya Rai Bachchan’s red carpet look for Cannes 2017 has been revealed and she surely looks like Cinderella! The baby blue embroidered gown by Michael Cinco made the Bollywood diva look perfect for the event. The gown has a fitted bodice and a dramatically flared skirt which left no scope for further styling. The actress completed her look with a straight hair and some simple make-up. Aishwarya’s appearances all through her first day at Cannes 2017 were impressive and won everyone’s heart!

This will be the first walk for the actress at the season and is also due to make another red carpet appearance on May 20, 2017 for presenting Devdas at L’Oreal Paris Open Air Cinema. Stay tuned for latest updates on Aishwarya Rai’s journey at Cannes Film Festival 2017 exclusively on Bollywood Garam.

Aishwarya Rai and Aaradhya at Mumbai Airport, leaving for Cannes 2017

Mallika Sherawat looks like a princess at Cannes 2017 red carpet