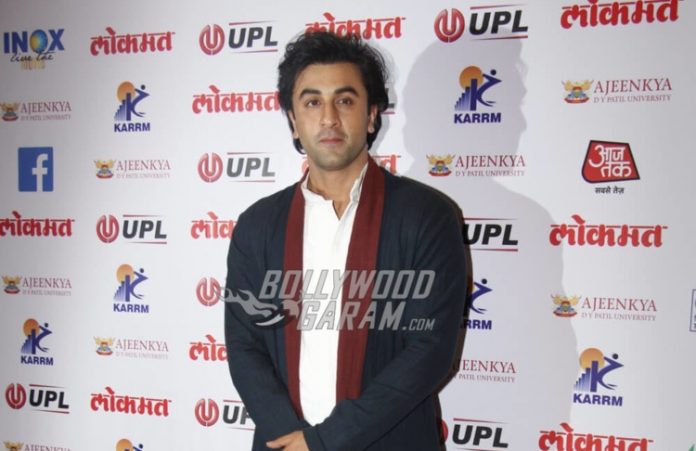 Bollywood’s talented actor, Ranbir Kapoor is currently busy shooting for one of his most difficult roles on-screen, playing Sanjay Dutt in the latter’s biopic. The film requires Ranbir to get into the minute details of the powerful role-play. He strikes an uncanny resemblance with Sanjay Dutt and it’s totally commendable.

As per a leading daily, Ranbir Kapoor and Vicky Kaushal are really caught up these days. Vicky Kaushal, who will be playing the role of Sanjay Dutt’s best friend in the film and Ranbir are preparing for something special at a suburban dance studio. Reports have it that the duo will be performing to a medley of Sanju Baba’s blockbuster songs in the film. One of the key numbers in the medley is the title track of Khalnayak. The rehearsals have been on from the past one month, and now they will be shooting soon.

A source close to the film stated to the daily, “The song hasn’t been shot yet. They have only been rehearsing because the idea is to complete the scenes first.”
Sanjay Dutt’s spokesperson had earlier revealed to leading daily that, “The resemblance is uncanny and Sanjay couldn’t stop staring at them. Sanjay got to know from someone how Ranbir’s look was circulated on various websites and everyone loved it. That’s when the actor learned about the photos. On seeing them, he was stunned at the similarities that filmmaker Raju Hirani and Ranbir Kapoor had worked upon. He has absolutely loved it.”
The yet-untitled Sanjay Dutt biopic is directed by Rajkumar Hirani. It also stars Paresh Rawal, Manisha Koirala, Sonam Kapoor, Dia Mirza, Anushka Sharma, Vicky Kaushal and Karishma Tanna in pivotal roles. The movie is scheduled to release in December 2017 and will be clashing with Salman Khan and Katrina Kaif’s Tiger Zinda Hai.
Picture Credits: Viral Bhayani