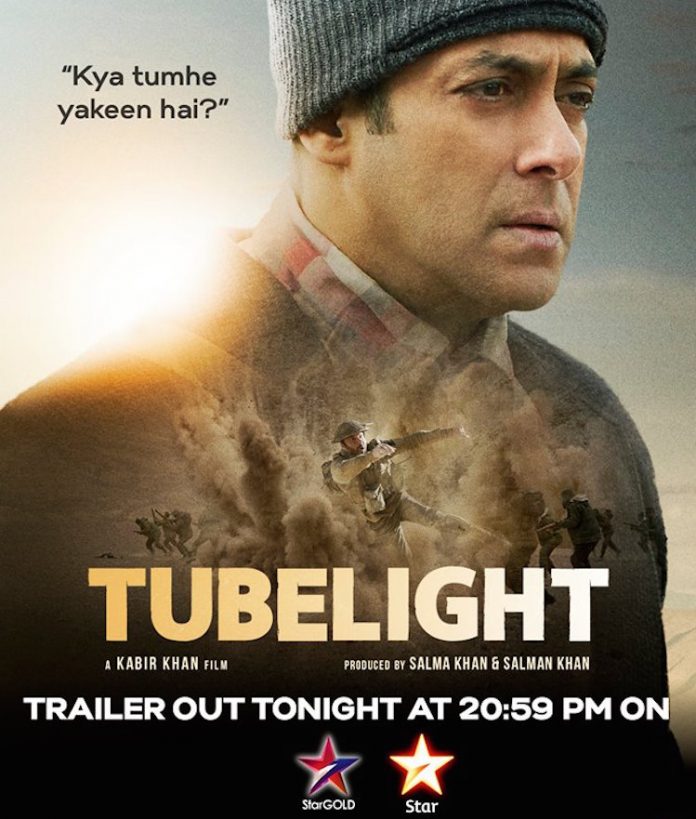 Have you seen Tubelight Ki Making Ka Teaser yet?

Makers of one of most awaited Salman Khan films of the year, Tubelight, are finally releasing it’s official movie trailer on May 25, 2017 at 8:59pm on Stat Plus! A few weeks ago, Tubelight’s official teaser trailer was released in a similar suspenseful manner and has already piqued everyone’s interest with it’s unique Jal Jaa Jal Jaa Jal Jaa… slogan!

Now fans are eagerly waiting to see what the official Tubelight trailer has in store for them. Will it tell us more about Salman Khan’s supernatural abilities? Will we see more of Chinese actress Zhu Zhu? Only a few hours to go until we find out. Till then, watch Salman Khan’s special, Tubelight Ki Making Ka Teaser –