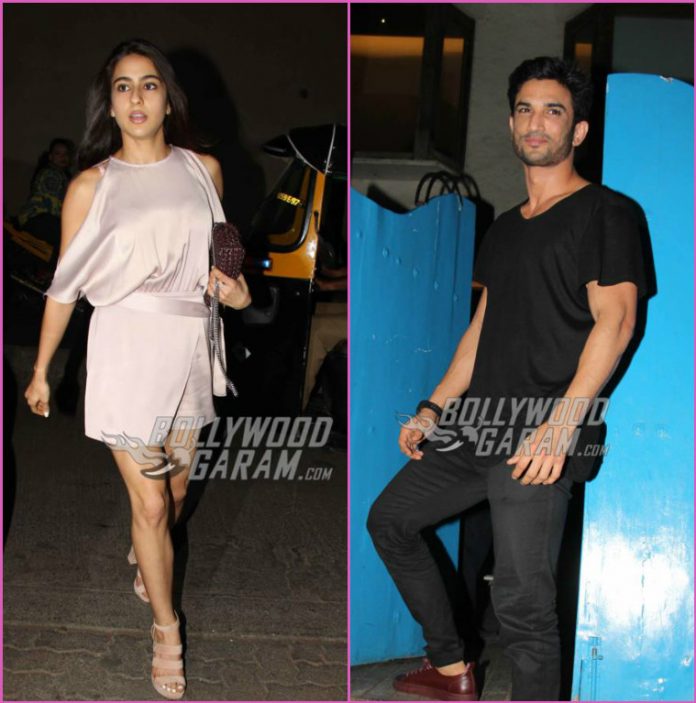 Star-kid Sara Ali Khan, who has been making news in recent times for her upcoming Bollywood debut, was snapped with mom Amrita Singh and would-be colleagues Sushant Singh Rajput and Abhishek Kapoor in Mumbai on June 4, 2017. The dinner date between the four, seemed more like a work discussion over Sara’s debut opposite Sushant in Kedarnath.

Directed by Abhishek Kapoor, the film is reportedly set in Uttarakhand and will see Sara Ali Khan and Sushant Singh Rajput play lead roles. Sara, for the dinner date appeared in a trendy outfit while Sushant sported an all black look. Sara’s mother Amrita Singh appeared in a black top and denims while the Kai Po Che director was seen in an all white ensemble.

Earlier reports suggested that Saif Ali Khan’s daughter will be making her debut in Karan Johar’s Student of The Year 2. Saif during a media interaction said that he would be happy to have Karan Johar mentor his daughter. The proud father said, “I am very happy she is working with Karan Johar because I think he is brilliant with newcomers and he will launch her correctly. He is a very intelligent and a passionate filmmaker and he understands films. I am very pleased that she is with him”.