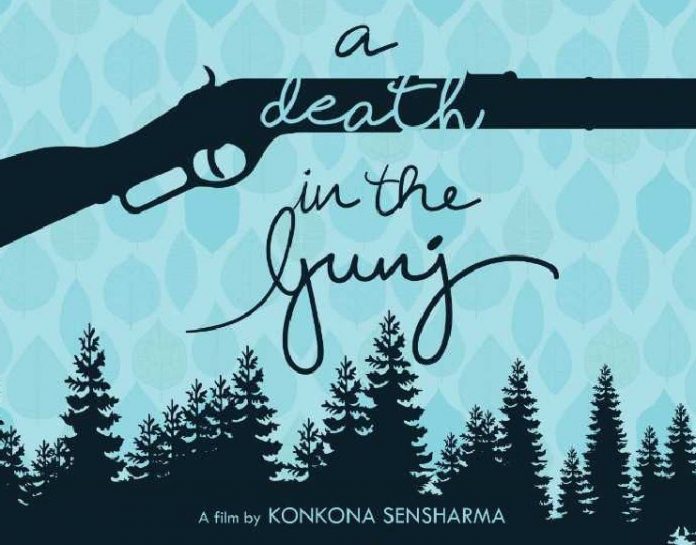 Movie name – A Death in the Gunj

A Death in the Gunj is the first film directed by Konkana Sen Sharma. The setting of the film is a village, McCluskiegunj situated in Bihar. It revolves around the time 1970s when there was no internet and mobile phones. There is a family gathering at the old couple’s (Om Puri and Tanuja) house in the village.

A lot changes over rekindled discussions between the friends. All the characters reveal themselves over alcohol. You get to know about everyone’s feelings and personal lives. And finally, the climax is revealed when a key character goes missing. Vikrant Massey aka Shuttu has given a brilliant performance in the film. His character will make you feel sympathy for him.

The suspense is built from the start until the end. The title of the film itself tells you that there is a death sequence which makes you more curious. Since it was Konkana’s directorial debut, she has done incredibly well. The genre she chose wasn’t an easy one but she has done an amazing job. You will even find Aparna Sen’s voice in the film.

The film that released on June 2, 2017, has already received several awards. Konkana Sen Sharma won Best Director and Best Actress Award for this film at New York Indian Film Festival for her movies Lipstick under my Burkha and A Death in the Gunj.