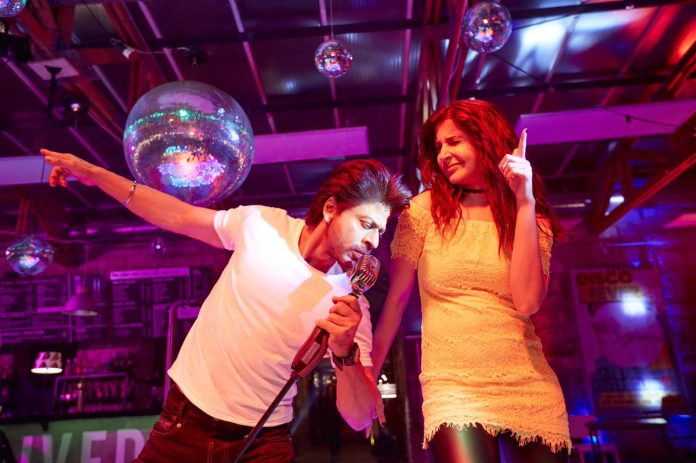 Anushka Sharma, Shah Rukh Khan and Imtiaz Ali launched the latest song from Jab Harry Met Sejal, Beech Beech Mein, at a grand press conference in a bar on July 3, 2017. The makers created a big set up for the song launch with dazzling lights. Shah Rukh Khan, Anushka and Imtiaz talked about the song as they interacted with the media and posed for cameras.

Meanwhile, Shah Rukh Khan was slightly delayed in his arrival at the event and tweeted, “Will be at Tamasha in 45min. Flt delay and a bit of traffic aapke aur mere Beech Beech Mein”.

Jab Harry Met Sejal releases on August 4, 2017 and tells the story of Sejal (Anushka Sharma), who is on a European tour and meets a tour guide Harry (Shah Rukh Khan), who helps Sejal find her lost engagement ring and the story unfolds from there. The film marks the third collaboration between Anushka and SRK after Rab Ne Bana Di Jodi and Jab Tak Hai Jaan.

See official music video and launch photos of song Radha with all the Sejals of Ahmedabad!

Next song from JHMS could be a sad rain song, hints SRK