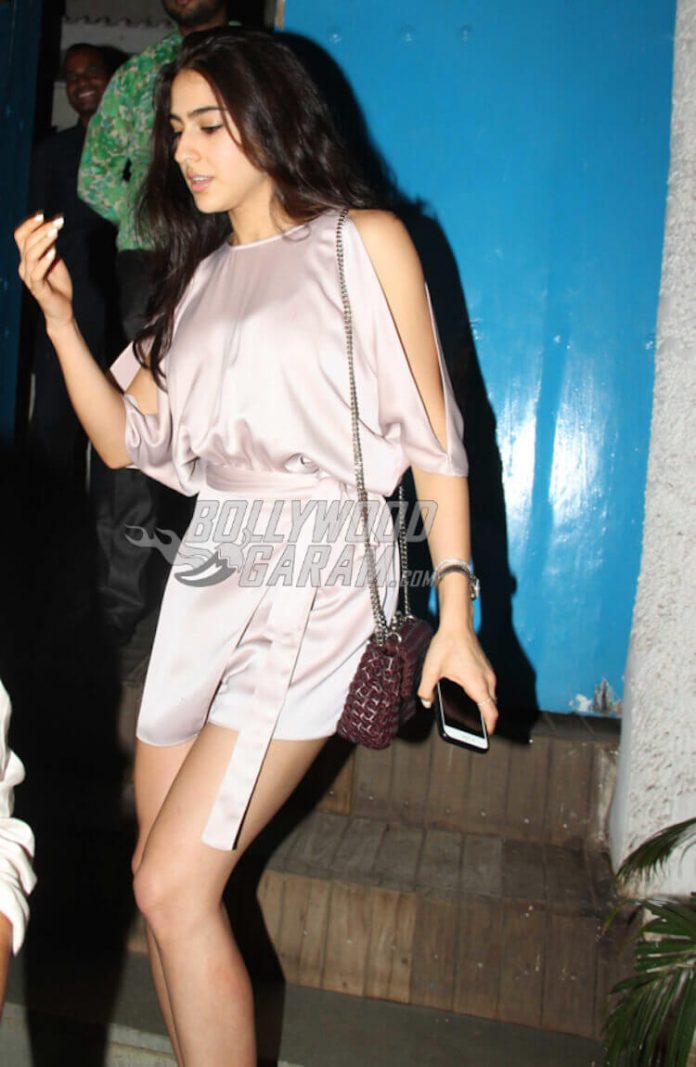 Sara Ali Khan will soon begin shooting for her Bollywood debut movie, taking a step ahead of other contemporary star kids joining the industry.

Garnering the attention from the who’s who of the tinsel town and making her presence loud and clear in parties, Sara Ali Khan has been snapped with Bollywood biggies like Karan Johar, Malaika Arora Khan, Sushant Singh Rajput, Ranveer Singh, the Bachchans, Shahid Kapoor, Katrina Kaif, Arjun Kapoor, Shraddha Kapoor, Jacqueline Fernandez and others.

The Nawab of Bollywood, Saif Ali Khan’s daughter, Sara is the new star kid on the block whose debut movie opposite Sushant Singh, Kedarnath will reportedly hit the floors on August 25, 2017. The movie being helmed by director, Abhishek Kapoor, of Kai Po Che fame will feature a love story based in pilgrimage as told to a leading daily. There have also been reports of the star kid pulling out of the sequel to Student of the Year where she would have been paired against Tiger Shroff.

However, hopes are high as Sara preps up for her debut flick and the shooting for the film is soon to begin. Often pitted against Sridevi’s daughter, Jhanvi Kapoor who had reportedly signed her debut movie before Sara, the latter is the first between the two who gets to work in a Bollywood flick.

Another leading newspaper reports that Sushant and Sara have already begun with few workshops and will feature as a beautiful Kashmiri woman in Kedarnath. Sara not only has the looks but has also inherited the talent from her father, Saif and mother Amrita Singh. She has been working on her fitness levels meticulously as is revealed from her recent pictures as compared to earlier ones. The would-be-debutant has since been quite a stylish icon and a party enthusiast as she is often seen at big events, birthday bashes, Valentine Day’s celebrations, high-profile weddings, Diwali festivities, Christmas revelries and other star-studded events and how!

Off late, Sara had found herself amid link-up rumours with Anil Kapoor’s son, Harshvardhan Kapoor as they have been spotted at big events and parties together. However, there have also been speculations of their alleged break-up after four months of dating.

Sara only does she ace designer outfits like a pro but is also seen having a good time with popular actors and actresses of B town – she has already amassed huge fan base and is a regular at Bollywood parties. Her Hindi film career seems to be on the right track, making others envious of her already achieved paparazzi status and a good head start in the glamour world.