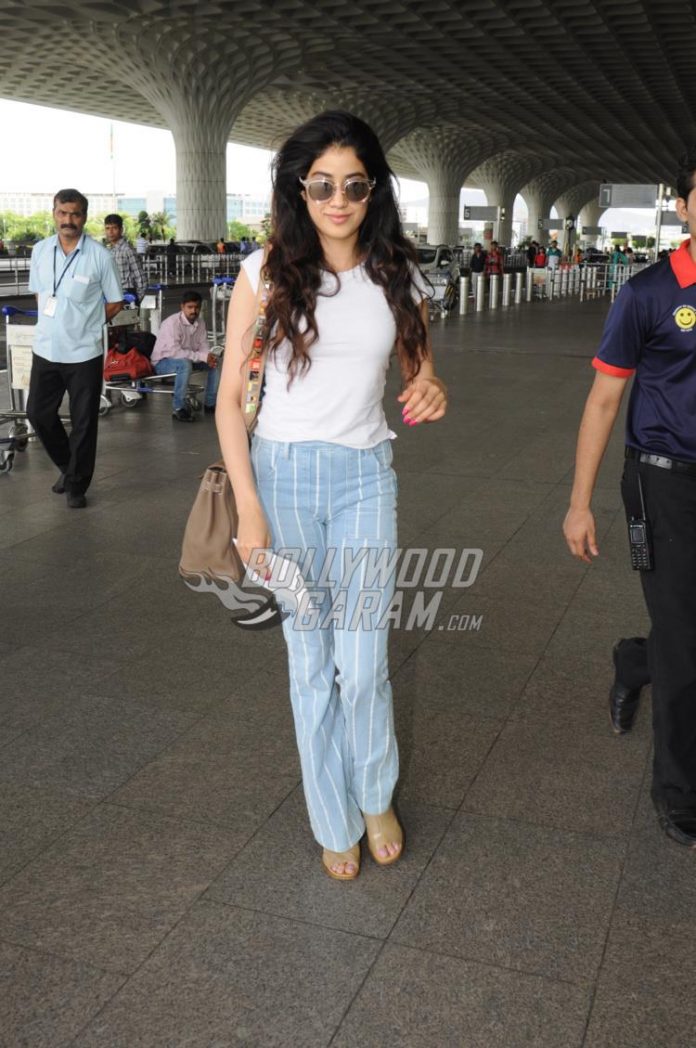 Another star kid who has been quite a popular face with the media and her fans is Jhanvi Kapoor, even before stepping into her Bollywood dreams

Just back from her Los Angeles holiday with her family, Jhanvi Kapoor is all ready for her big Bollywood debut that is rumoured to be a Karan Johar’s Hindi remake of the movie, Fault in Our Stars.  If the reports are to be believed, actress Sridevi and filmmaker Boney Kapoor’s daughter, Jhanvi will be paired opposite Shahid Kapoor’s brother, Ishaan Khatter for this movie that has received much hype over the past few months over its launch of high-profile star kids and association with Dharma Productions, not to mention that the movie is a remake of an American super hit chick-flick.

Among other star kids who are making their presence felt this year with their upcoming debuts and Instagram followers, Jhanvi is a top favourite who has charmed her way through the paparazzi and fans alike with several pictures donning a seamless style and simple elegance.

Born in 1997, the 20-year-old is often pitted against her mother’s beauty, charm and talent. However, as a leading daily quoted Sridevi saying, the latter is not happy with the comparisons as she finds it unfair that a budding actor is juxtaposed against someone “who has done 300 films.”

Sridevi, who has had a successful comeback with English Vinglish and her latest flick, MOM also reportedly noted that Jhanvi was particularly “overwhelmed” by MOM and showed her adulation by hugging the senior actress at a special screening of the movie.

‘MOM’ with the daughters! pic.twitter.com/0iKNglJ6RG

Jhanvi has also been quite actively working out in style with braided long hair, shorts, tee and jacket. Her recent pictures saw her in an ethnic wear on a rainy day and outside a gym post a strenuous workout session. She has been quite a favourite with the spotlight following her at Airports, restaurants, gym, malls, et al. While Jhanvi is on her way to stardom, her sister, Khushi has recently auditioned for a dance reality show for the television and her half-sibling, Arjun Kapoor has already garnered the acclaim of being Bollywood’s original ‘Gunday’ along with Ranveer Singh.

Jhanvi is a regular at Bollywood parties and birthday bashes. She has been spotted at KJo’s birthday bash recently posing with Manish Malhotra, KJo and Sara Ali Khan (daughter of Saif Ali Khan and Amrita Singh) and has also been spending time with Ishaan Khattar ahead of their big Bollywood release. There were also reports that stated Jhanvi might debut in a Hindi remake of Sairat. While news on her debut movie is still under wraps, Sridevi’s elder daughter is surely looking at a promising Bollywood career ahead.

See pics from Jhanvi and Ishaan’s time together