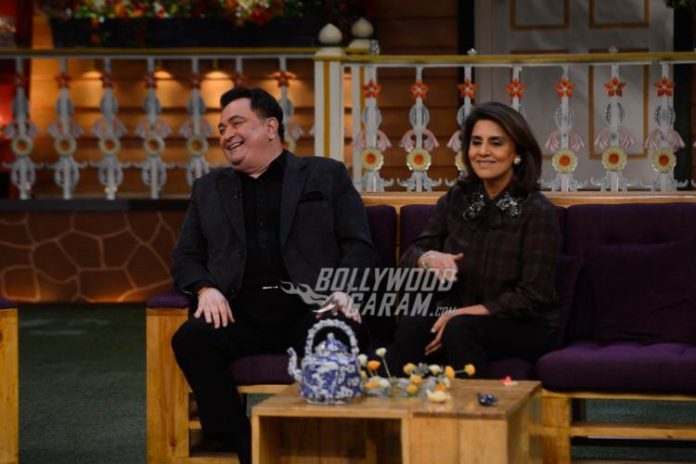 Neetu Singh Kapoor could have gone on to win several awards and felicitations in Bollywood, but she chose a happy married life with the love of her life, Rishi Kapoor

A Punjabi girl born in Delhi, Neetu Singh Kapoor acted in about 70 films starting from the age of eight, many of them being hits at the box office. As a child artist, her notable contributions to the Hindi film industry have been Suraj, Do Kaliyaan, Dus Lakh, Pavitra Paapi, Ghar Ghar Ki Kahaani and Waris. Her first film as an adult was Rickshawala in early 70s. She was paired opposite Randhir Kapoor in the latter at the age of 15. Though this movie that was a Hindi remake of a Tamil film did not do well at the box office, over the next ten years Neetu’s Bollywood journey witnessed some major successes and by 1983, she was married to a contemporary actor and her co-star in many movies, Rishi Kapoor.

After a huge gap of 26 years, she has had a comeback in Bollywood with movies opposite her husband like Do Dooni Chaar, a comedy drama where her presence was prominent and pivotal as the supporting wife who also wants a materialistically fulfilling life for her husband and kids; Love Aaj Kal where she played a cameo at the end of the movie as the love of the old Rishi Kapoor’s life and Jab Tak Hai Jaan that was quite a hit at the box office.

Rishi and Neetu’s movie, Besharam in 2013 that also starred their son, Ranbir Kapoor in the lead, however, failed to grab audience attention.

The prima facie role that got her the undivided attention from filmmakers was her lively dance for the song, Lekar Hum Deewana Dil in the movie, Yaadon Ki Baarat, after which she was paired in the lead with actors like Randhir Kapoor in Heeralal Pannalal, Shashi Kapoor in Deewaar, Rajesh Khanna in Maha Chor and Chakravyuha among others.

However, Neetu and Rishi who paired together in 12 films like Kabhi Kabhie, Rafu Chakkar, Khel Khel Mein, Amar Akbar Anthony, Pati Patni Aur Woh , Anjaane Mein, Dhan Daulat and Doosara Aadmi became the talk of the town with their charming and lively chemistry and characterizations. Neetu went on to act opposite leading actors of the time, Jeetendra in Dharam Veer, Jaani Dushman, The Burning Train and some others; Vinod Khanna in Parvarish and Yuvraaj among a few and Shatrughan Sinha in Kaala Patthar and Ab Kya Hoga. 25 of her films in Bollywood were hits and she was in the lead in 20 of them. She was and is still regarded as Bollywood’s one of the most ‘lively, charming and optimistic girl’ as most of her films depicted.

But at the very peak of her career and at the age of 21, she decided to tie the knot and retire from the tinsel town. She was being considered for a Filmfare Award in Best Supporting Actress category at that stage of her career but her retirement based on ‘personal choice’ dismissed it all. However, years later Zee Cine Awards presented Rishi and Neetu with the Best Lifetime Jodi Award to felicitate their pair for the love and bonding that they have shared both on screen and off screen. Theirs has been a love story that has played itself several times on celluloid but has withstood the test of time in real life too with patience, love and by standing beside each other in times of trouble, facing the demons side by side.