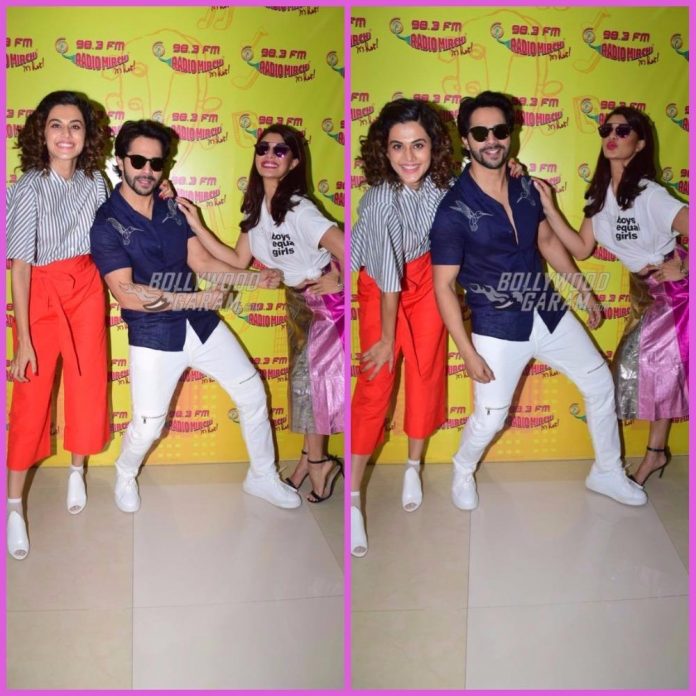 Lead actors of the upcoming film Judwaa 2 landed at the Radio Mirchi Studios in Mumbai on September 14, 2017. Varun Dhawan, Taapsee Pannu and Jacqueline Fernandez were snapped in their best moods as they interacted with the listeners at the popular radio studio.

The actors, in recent times, have been busy promoting the film at different platforms. Besides the actors, even the audience is looking forward for the release of the film which is the remake of the blockbuster flick Judwaa released in 1997 that starred Salman Khan in the lead role. Once again David Dhawan has donned the hat of the director (he directed the original movie Judwaa too) with son Varun playing a double role of the characters Raja and Prem.

Jacqueline and Taapsee and will be seen stepping in to the shoes of Karisma and Rambha from the original film respectively. The upcoming action comedy is ready to be released in theatres on September 29, 2017. The film also stars Anupam Kher, Upasana Singh and Rajpal Yadav. Salman Khan will be seen playing a cameo.