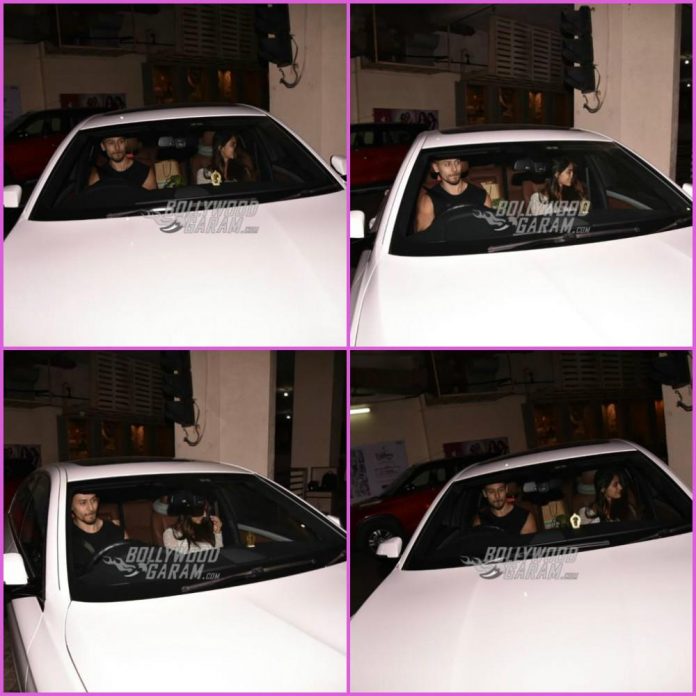 Tiger Shroff and Disha Patani are a rumored couple of Bollywood, who have never confessed about their relationship. The young couple was snapped spending time together in Mumbai on November 6, 2017. Disha and Tiger were seen coming out of a movie theatre.

The Baaghi actor looked dapper in a black t-shirt while Disha, who could not stop blushing looked pretty in a white outfit. Tiger and Disha have been many times confronted by the media about their relationship but every time, the actors answered that they are indeed good friends and are comfortable in each other’s company.

Disha in an earlier interview with a leading daily said, “Ya, we are great friends, we are very comfortable with each other and it is not like work, it is like we’re doing something new, and we both are very competitive. We always try to do our best and be a team.” Tiger and Disha have been paired for the upcoming film Baaghi 2 directed by Ahmed Khan.

Disha started off in Bollywood with the film M.S. Dhoni: The Untold Story and was last seen in the international film Kung Fu Yoga. Tiger made his debut in Bollywood with the film Heropanti opposite Kriti Sanon. The film was directed by Sabbir Khan and produced by Sajid Nadiadwala. Apart from Baaghi 2, the actor has also been roped in for the films Rambo and Adhoora. Tiger and Disha have been many times snapped together on casual outings and often spend time together.

Exclusive photos of Tiger Shroff and Disha Patani snapped outside a movie theatre!