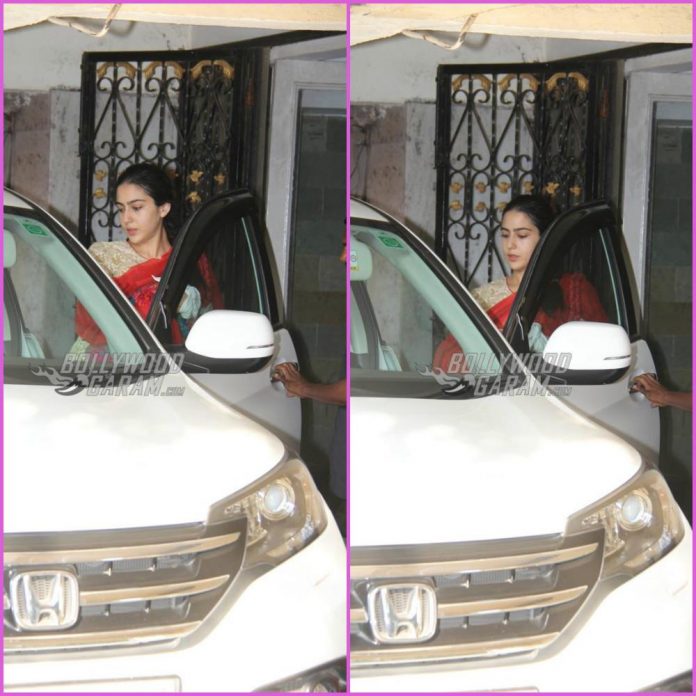 Saif Ali Khan and Amrita Singh’s daughter, Sara Ali Khan has already bagged her next project even before making her debut. While the young actress has signed on the dotted lines for the upcoming film, Kedarnath opposite Sushant Singh Rajput, Sara has signed another flick which will be co-produced by Anushka Sharma’s production house, Clean Slate Films that is co-owned by her brother, Karnesh Sharma.

So far, Anushka has worked in her own productions and now Sara will be the first female actress to work in a film produced by Anushka. Reports say that the film will be a social drama which is co-produced by KriArj Entertainment by Prerna Arora and Arjun N Kapoor, who are also the producers of Kedarnath. The producers finalized Sara for the role as they liked her dedication for Kedarnath. Sara Ali Khan loved the script when it was narrated to her.

Further reports added that Kedarnath director Abhishek Kapoor, did not want Sara to sign the next project until her first film was wrapped. But the shoot of Kedarnath has been delayed due to winters in North India. The release date of the film has been pushed to 2018 end and Sara did not want to wait for so long.

A spokesperson from Clean Slate Films and KriArj Entertainment confirmed the news and said, “Yes, we have had a casual meeting with Sara, but currently we are focusing all our energies on our next release, Pari.” Upcoming film Kedarnath is a love story set at the backdrop of the floods that hit Uttarakhand. Sara will be seen playing the role of a pilgrim while Sushant Singh will be seen playing the role of a Pithhu, who helps to carry the pilgrims to the holy shrine. The music of the film has been composed by Amit Trivedi. Kedarnath is due to be released in theatres in January 2019.