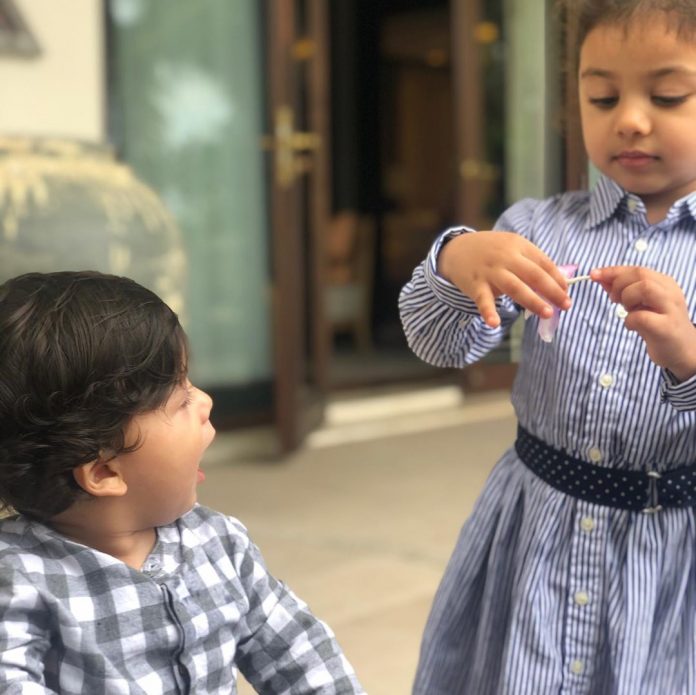 Shahid Kapoor and Mira Rajput’s kids Misha and Zain have always been loved by the fans and their pictures have always gone viral on the internet. Mira shared another cute picture of her kids which narrated a light moment between the siblings. The 24 year old captioned the images how Zain is the youngest and mischievous and Misha is playful.

The caption showed how the two were trying to get along with each other but ended up with a small fight as Zain pinches sister Misha. Shahid and Mira became parents for the second time in 2018 when son Zain was born. The couple is already parents to daughter Misha.

Since Shahid embraced fatherhood, he makes sure that he spends ample time with his kids amidst busy shoot schedules. The Jab We Met actor is currently busy promoting his upcoming film Kabir Singh which is the Hindi remake of the Telugu flick Arjun Reddy.

The upcoming film is one of the much awaited films this year and also features Kiara Advani. The makers had recently released the official trailer and has shown a passionate relationship between Shahid and Kiara’s characters in the flick. Shahid will be seen playing the role of a popular surgeon, who has anger management issues and is heartbroken after his love interest gets married to someone else.