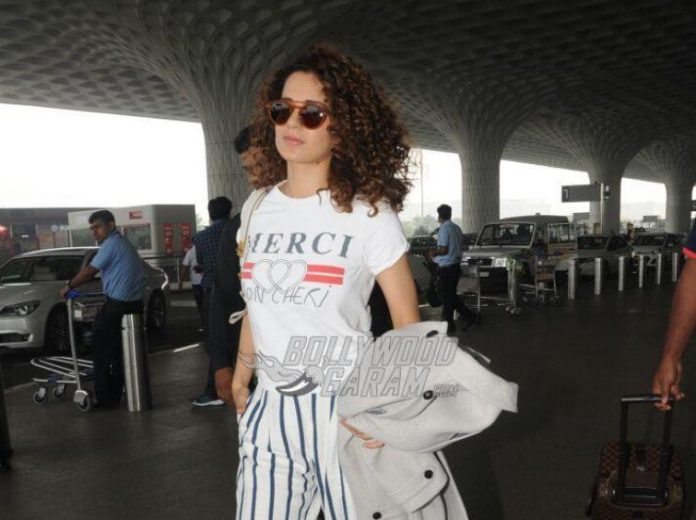 Bollywood actress Kangana Ranaut has been preparing for the upcoming film Thalaivi, which will be the biopic on the late chief Minister of Tamil Nadu, Jaya Lalitha. After the preparations, the actress has finally started the shooting of the upcoming film. Jaya Lalitha was one of the noteworthy politicians from the state of Tamil Nadu. Though the actress turned politician had her own set of controversies, she continued to remain in the hearts of the people that she had served for many years during her reign.

This is the reason, the film has been in news for quite some time and the shoot of the film started off on November 10, 2019. The upcoming film is directed by AK Vijay and produced by Shaailesh R Singh and Vishnu Vardhan Induri. Kangana with the film will be returning to the south film industry after she had made her debut with the film Dhaam Dhoom.

Reports say that the actress has received training in the Indian classical dance form Bharatanatyam in order to fit in the role. The makers of the film are planning to release the film in three languages.

Kangana Ranaut was last seen in the film Manikarnika: The Queen of Jhansi, which was released in January 2019 and did a good business at the box office.