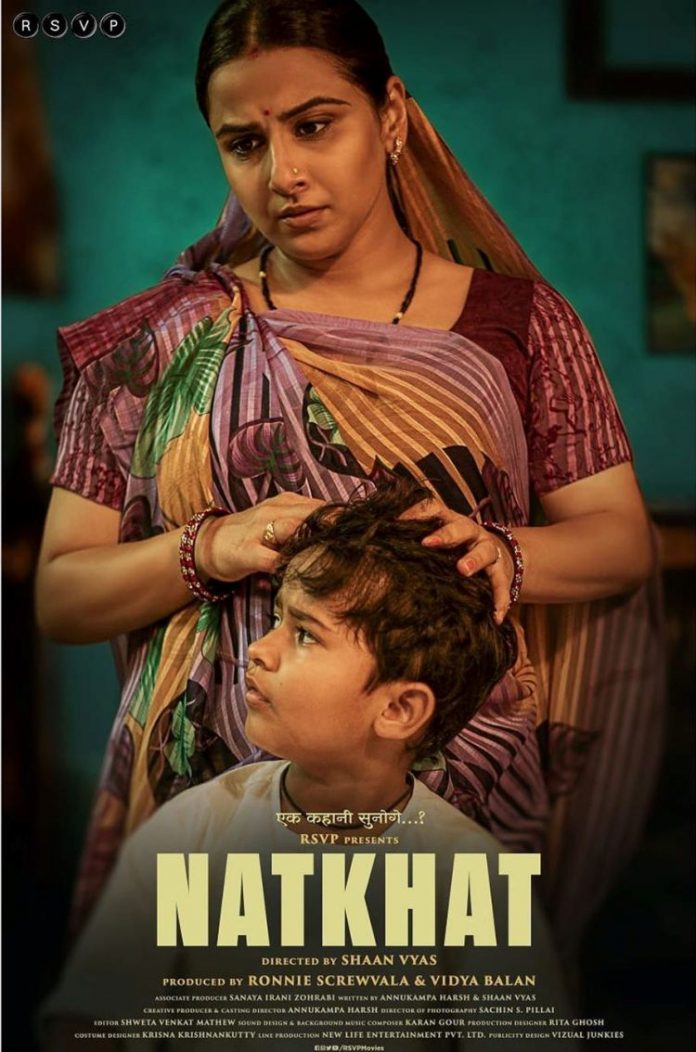 Bollywood actress Vidya Balan turned producer in her debut short film Natkhat. The Parineeta actress shared the first look of the film but did not announce about the release date. Seems like, Vidya has got her hands on filmmaking during the lockdown. The first look of the short film has shown Vidya as a village woman, who seems to be in a deep thought as she massages her child’s head.

It was in July, 2019 when the actress had announced about her new venture, which was a short film that had a new role for her. Vidya then revealed that she had turned a producer for the short film. The actress added that she never thought that she would turn a producer, but the story that was written by Annukampa Harsh and Shaan Vyas forced her to get in to the role.

Vidya also talked about her experience of working with her new team and was all praises for everyone. The actress was last seen in the film Mission Mangal which also starred Akshay Kumar and is currently looking forward for the films like Shakuntala Devi and Sherni. Shakuntala Devi is a film that is based on the Indian mathematician Shakuntala Devi, who was also known as the human computer.

Reports say that the makers of the film will release it on an OTT platform.