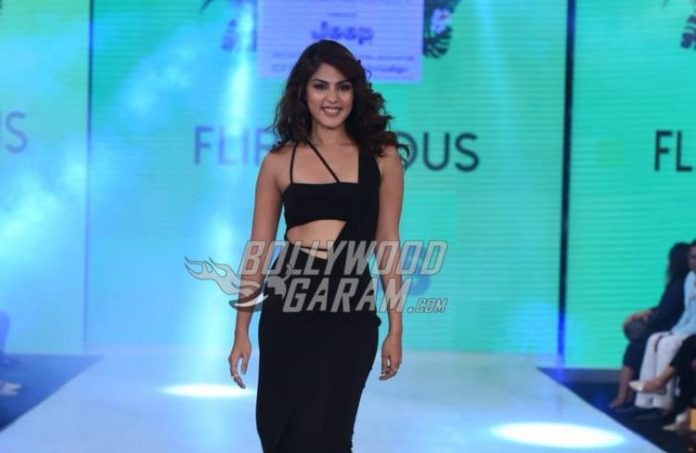 Indian actress Rhea Chakraborty was arrested in the drug case in the Sushant Singh Rajput suicide’s drug angle on September 9, 2020. After about a month, the Bombay High Court has granted bail for the actress, but her brother Showik has been denied bail.

The Mere Dad Ki Maruti actress has been granted bail on a personal bond of Rs. 1 lakh that she is expected to pay within a month. The High Court has laid down a few conditions and said that the actress should mark her presence at the police station for ten days after her released and she will also need to deposit her passport. This means that she cannot travel abroad without the permission of the court and will have to inform the investigating officer if she has to leave Greater Mumbai.

Rhea’s lawyer has said that they have requested to grant bail on casual deposits and the passports of three people who have been granted bail need to be submitted. Reports say that Rhea’s lawyer had opposed the arrest by NCB stating that no drugs were seized from the actress. Even in her bail application, it was mentioned that Rhea and her brother Showik were made targets of a witch-hunt and that no solid evidence has been found against the two.

Rhea Chakraborty in her earlier statements has mentioned that Sushant curated marijuana.