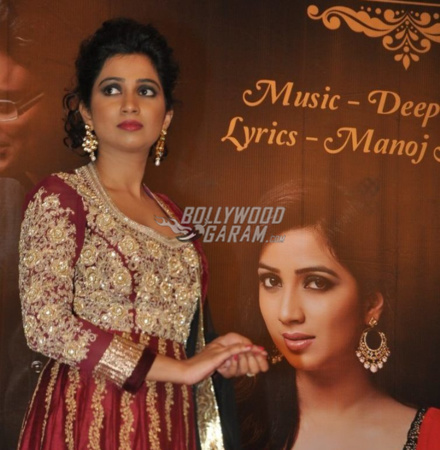 Indian playback singer Shreya Ghoshal has announced that she is all set to enter the phase of motherhood. The singer has been married to Shiladitya Mukhopadhyaya for nearly six years now and is expecting her first child in 2021. With the recent announcement it seems like it is the year of welcoming a number of star kids.

The year started off with Anushka Sharma and Virat Kohli, who became parents to a daughter. In recent times Kareena Kapoor and Saif Ali Khan became parents to another son. The announcement by Shreya came through a post on social media on March 4, 2021. The post saw her in a blue outfit as she was seen flaunting her little baby bump.

As soon as the post went online, congratulatory messages started to pour in from fans and well-wishers. It was in 2015 when Shreya had surprised her fans when she shared the news about her wedding with Shiladitya. The couple got married in a traditional Bengali wedding ceremony.

Shreya has been posting a number of pictures ever since her marriage. Apart from Shreya, singer Harsheep Kaur welcomed a baby boy on March 2, 2021. Shreya Ghoshal had released her third independent single Nah Woh Main which was released on her official YouTube channel.