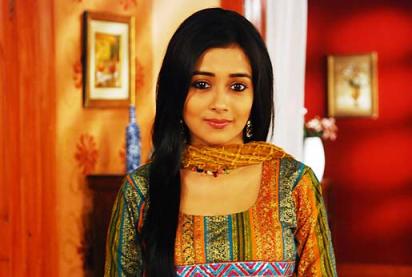 Bollywood Garam: The popular TV series ‘Uttaran’ – which is aired on the channel Colors – is all set to take a 18 year leap. Actress Tina Datta will now be seen playing a double role as a 35-year-old Ichcha and her young daughter Meethi.

The show will be aired from March 26, 2012 onwards on Colors TV. Tina said that she is too excited to play double role and she feels privileged that the show launched her career and is also helping her to take it forward in such a spectacular manner.

Datta added that it is a challenging role and is too excited about it. The series will also have Ichcha’s childhood friend Tapasya’s daughter Mukta, for which actress Sreejita De has been roped in.

Meanwhile, the lead characters of Jogi Thakur, Naani and Ammo have been retained and will continue to play their roles.