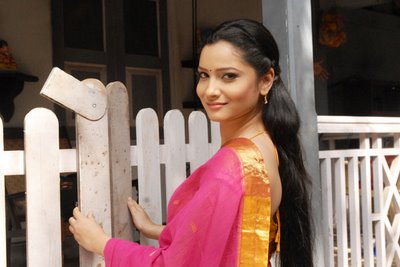 TV actress Ankita Lokhande who played the role of Archana in the TV series ‘Pavitra Rishta’ is all set to return to the show. Lokhande left the show when she was asked to play the role of a grandmother and that was something she wasn’t comfortable with. The makers of the show brought actress Gautami Kapoor as a replacement, but Ankita is now definitely back.

Ankita’s co-stars are also happy to have her back. Hiten Tejwani, who plays the role of Manav in the series, was asked if he would be comfortable with another actress playing Archana. Hiten said, “Whenever a new artist comes, it takes him and others a bit of time to adjust, to set his chemistry right with everyone, to know what is his nature, how he behaves.”

Talking about the set, he said that it takes a bit of time to adjust, but at the end everything works out well. On the other hand, veteran actress Usha Nadkarni was not bothered about it and said that she does her work sincerely and that it does not matter who is there in front of her or working with her.