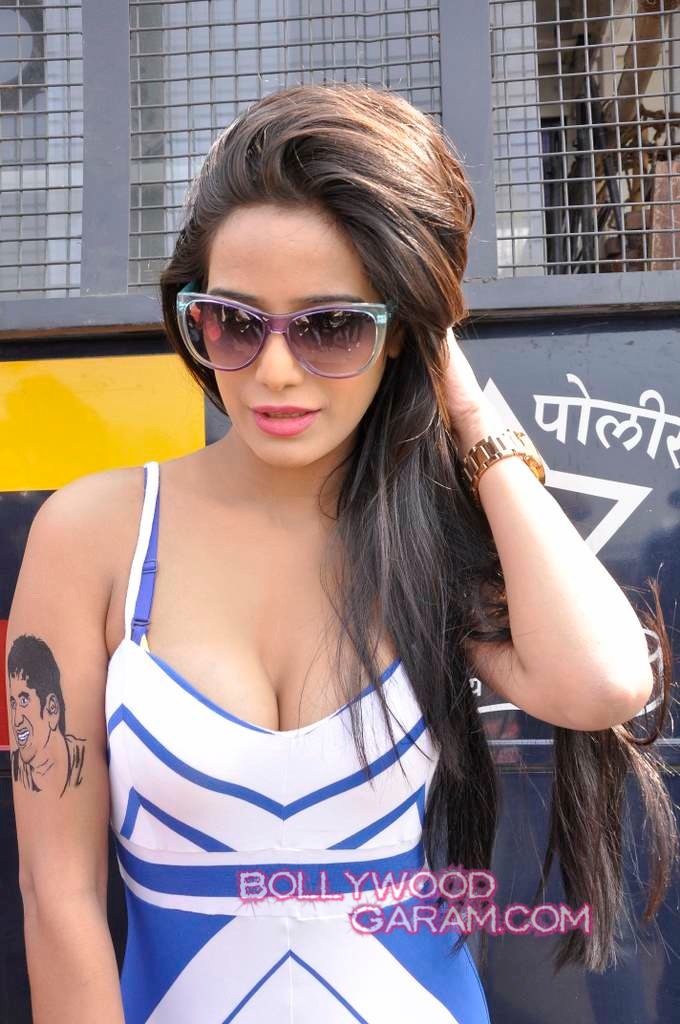 Bollywood Garam: Model Poonam Pandey strikes again and this time she has gone a step forward. The young mode has posted a small video clip of her taking a shower in the bathroom. The clip has already gone viral and has been posted so as to promote her upcoming website.

Just a few days are left for the launch of her website but it has already caught attention of thousands of viewers. Pandey, with the video clip has said that this is just a trailer and has promised more such raunchy videos and pictures on her upcoming website for her fans to enjoy.

Poonam is seen in a white bikini, while she flaunts her curves and wets herself in the shower. The model is seen playing with the shower and the bath tub from which she rises.

Poonam has also said that her fans after the launch of the website can see a lot of her live. However, Pandey has self censored the video by putting a disclaimer which says that people under the age of 18 should not watch the video and that if anyone under the prescribed age watches it then she would not take the responsibility of it. The Kingfisher Calendar girl is soon likely to appear on the reality show Bigg Boss 5.