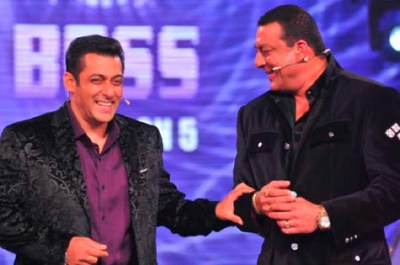 The popularity of the reality show Bigg Boss 5 might have increased, but the Star Plus show ‘Kaun Banega Crorepati’ continues to be on the top. On the Indian TRP charts, KBC remains at the top position with an opening figure of 5.2 points.

Despite having two major stars of Bollywood, Salman Khan and Sanjay Dutt, Amitabh Bachchan managed to rule the top position. Both the shows are in the fifth season and KBC has also managed to overcome the other reality shows with stars like Hrithik Roshan, Shahrukh Khan and Dharmendra.

Earlier, Shahrukh Khan had hosted the show ‘Zor Ka Jhatka’, but had opened with just 2.6 points, yet this was not the lowest. It was Mallika Sherawat’s TV debut which had received the lowest openings.

Salman Khan had hosted the fourth season of the show Bigg Boss and had garnered 4.8 points in a single day. Even last year, KBC had opened with 6.2 points, which is way higher than this year’s opening. Critics say that Bigg Boss’ fifth season popularity  has been affected due to the on and off presence of the star Salman and also the delay in the premier of the show again due to Salman’s illness and busy schedule. However, there is still more in store and there are possibilities that the show might become even more popular in future.