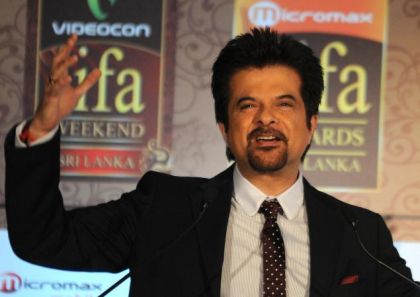 Bollywood Garam: The 12th International Indian Film Academy Awards (IIFA) will be held in the city of Toronto, Canada in the month of June 2011. The announcement was made at a press conference by the new face of the IIFA — Bollywood superstar Anil Kapoor.

Kapoor said that the event will boost the tourism industry of Toronto and that the city will get exposure at an international platform. This is the first time the event is organized in North America.

The IIFA is expecting to attract 40,000 spectators and some 500 media people for the three-day event in Toronto. The previous events of the IIFA were held in Dubai, Sri Lanka, South Africa, Amsterdam and Bangkok.

The ‘whose who’ of Bollywood as well as Hollywood are expected at the IIFA 2011 which is scheduled from 23rd to 25th of June. Kapoor is right now in the city to promote the awards along with actress Preity Zinta.