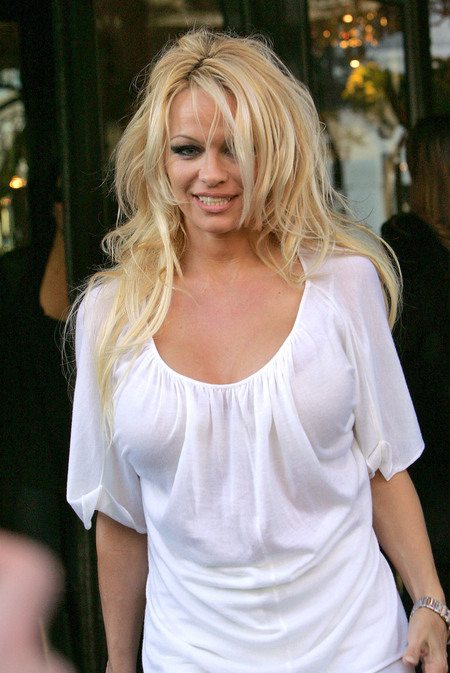 Bigg Boss has done it big once again. Pamela Anderson has finally entered the Bigg Boss 4 house last night. The episode will be aired on Wednesday, November 17, 2010.

According to sources, Anderson is wearing an Ashley Rebello designed white saree (a traditional Indian attire) along with other very much India accessories like jhumkas, bangles and a bindi.

The Bigg Boss 4 contestants were definitely overwhelmed by what they saw. The source said, “Ashmit Patel and Hrishant Goswami couldn’t believe who they saw and hugged each other.”

The Baywatch star performed on a typical desi song, ‘Babuji zara dhire chalo’ before entering the house. Her entry in the house is as a guest and is going to stay there for three days. This is Pamela’s first ever visit to India and she really hopes that she takes some good memories along with her when she leaves the country.

The fourth season is hosted by the Bollywood hunk, Salman Khan. The show had promised something very big this season and it is nice to know that the show makers actually kept their words.

Pamela has entered Indian television with her stint on Bigg Boss 4, so will India see this actress joining Bollywood anytime soon?