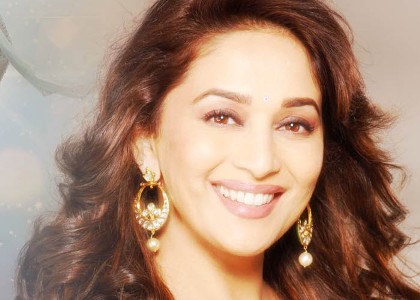 Bollywood actress and the dancing diva Madhuri Dixit is now all set to make her presence felt at the popular Madame Tussauds Museum in London. The much awaited wax model of the ‘Dhak Dhak’ girl will be unveiled on March 7, 2012.

The actress Tweeted about the information and wrote, “Madame Tussaud’s unveiling on March 7th, 2012. C u then!” . Madhuri will be joining the already popular Bollywood group at the museum which includes Amitabh Bachchan, Shahrukh Khan, Salman Khan, Aishwarya Rai and Hrithik Roshan.

The actress then continued to give hits like ‘Dil’, ‘Saajan’, ‘Raja’, ‘Dil Toh Pagal Hai’ and the major block buster ‘Hum Aapke Hain Kaun’ opposite Salman Khan. In the year 2002, the actress retired from films so as to raise her children after she got married to Dr. Nene. But again in the year 2007, the actress made a grand entry with the dance musical ‘Aaja Nachle’. In the year 2008, the actress was also awarded with ‘Padma Shri’, which is the fourth high civilian award in India.