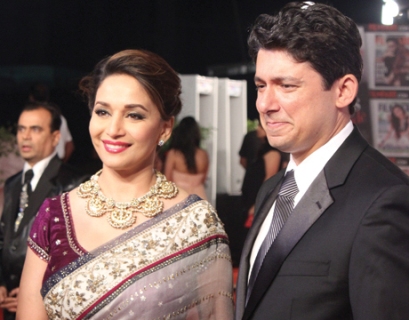 Bollywood actress Madhuri Dixit is known for her tremendous contributions in the film industry. The Chief Minister of Maharashtra has now announced that the actress will receive the Raj Kapoor Special Contribution Award 2012.

The award is constituted by the government of Maharashtra. The Chief Minister has also informed the State Legislature that the veteran director Shyam Benegal will be receiving the Raj Kapoor Lifetime Achievement Award 2012.

The awards carry a cash price of Rs. 2,00,000 along with a citation and a memento. The awards will be given away in a public function.

In terms of the Marathi Film industry, the prestigious V.Shantaram Lifetime Achievement Award 2012 will be given to Leela Gandhi, while Dilip Prabhavalkar, who played the role of Mahatma Gandhi in the movie ‘Lage Raho Munna Bhai’, will be given the V Shantaram Special Contribution Award 2012. Madhuri Dixit has returned to the Indian film industry after taking a long break after she got married to a US based doctor. The actress has two sons and has returned along with her family to India to get back to where she belongs. Dixit recently confirmed that she will be playing the female lead role in the upcoming movie ‘Dedh Ishqiya’.