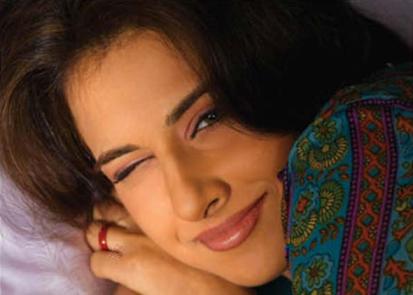 While the Hindi remake of the Tamil movie ‘Vettai’ is all set to go on floors, reports have surfaced revealing why actress Vidya Balan turned down to take up the lead role. Close friends of Siddharth Roy Kapoor, Vidya’s producer beau is a very possessive guy and that he does not want her to work with people she has been linked with earlier.

Even the Tamil director Linguswamy suggested of casting Balan in the movie, but the producer explained that the role would not do justice to her talent as an actress. An insider reveals that Roy Kapoor was actually not comfortable with the idea of casting her girlfriend opposite Shahid Kapoor, with whom she was earlier linked, when they were filming for the movie ‘Kismet Konnection’.

Moreover, the actress has also turned down the joint venture of Sanjay Gupta and EKta Kapoor for similar reason. Balan did not want to be cast opposite John Abraham, as there were strong rumours of their affair, when they were shooting for the movie ‘Salaam e Ishq’.

As for the movie, it is all set to go on floors in the month of June. Earlier, the makers were facing problems, but now everything has been sorted out and south actress Ileana D’Cruz has almost been finalized for the female lead role.