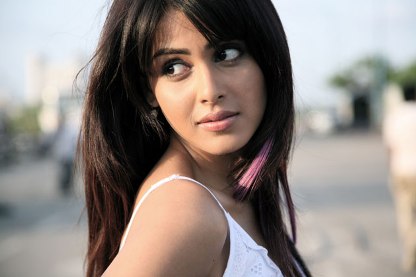 After getting hitched to Riteish Deshmukh, Bollywood actress Genelia D’Souza is all set to return to the small screen. The actress made her first TV appearance with the show ‘The Big Switch’in the year 2009.

Now Genelia will be seen playing a mentor on the UTV Stars’ ‘The Chose One’. The actress was last seen in the movie ‘Tere Naal Love Hogaya’ opposite her husband Riteish.

D’souza, who is now Mrs Deshmukh is said to be an integral part of the TV show. The young participants on the show will be mentored by the actress.

Genelia on May 7, 2012 tweeted, “Shooting after three months, feels good, great team and a new venture, reveal details in a couple of days”. The new show will give the youngsters an opportunity to be an insider in the Bollywood gossip. They will also get an opportunity to interact with the who’s who of Bollywood. The show is actually a hunt for a face who will be representing the channel Shamoly Khera and Imam Siddique will be the hosts of the show. Genelia is a well known actress in Bollywood known for her lively and bubbly characters. The actress has also worked in the south film industry.