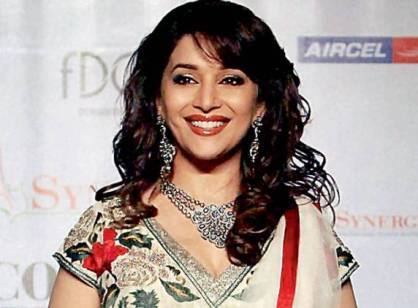 Bollywood actress Madhuri Dixit has returned to India along with her family. After her return the actress has also signed her first venture ‘Dedh Ishqiya’ after returning to the country, the shooting of which will begin in the month of September.

Seems like, the actress is eagerly waiting to face the camera after a long time and Tweeted, “Dedh Ishqiya to start shooting in September. Excited”. The 44 year old actress will be seen playing the lead role in the movie which is the sequel of the movie ‘Ishqiya’ released in the year 2010.

The ‘Dhak Dhak’ girl is also gearing up for her small screen appearance on the celebrity dance reality show ‘Jhalak Dikhla Jaa’, which is an Indian adaptation of the American show ‘Dancing With the Stars’. The promos of the show are already on air featuring the actress in different avatars of Sridevi and other veteran actresses. Madhuri will be one of the judges on the show along with film maker Karan Johar and Choreographer Remo D’Souza. The celebrity list of the latest season is yet to be unveiled.