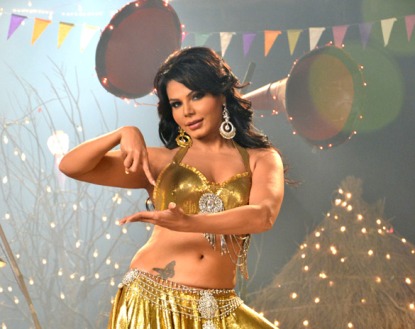 The film maker has alleged that the item girl shot for an item song ‘Lattu’ for the movie, after which she was called for a promotional event in Mumbai. But at the last minute the actress did not turn up for the event and even the manager of Sawant text messaged the makers that she was out of town.

Balani said, “Rakhi was supposed to be at the venue for promotion of the movie and we had intimated her about it well in advance. She had also agreed to put up an appearance. But now she’s demanding five lakh rupees to do promotion events for the film.” On the other hand Rakhi denied all the allegations.

The item girl said that she was not even aware of any such promotional event and that she had shot for the song about one and a half years back. Rakhi even revealed that the makers invited the media on the sets while the song was being shot due to which her bit of the promotion was done.