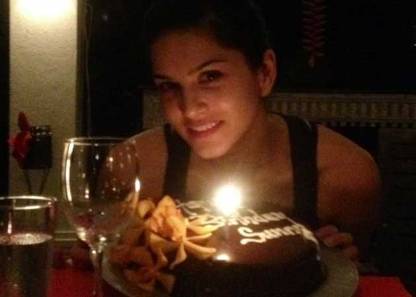 The actress cut a chocolate cake on the sets, which read, ‘Happy Birthday Sunny’. Leone, who’s real name is Karen Malhotra, came to India to participate in the popular reality show ‘Bigg Boss’.