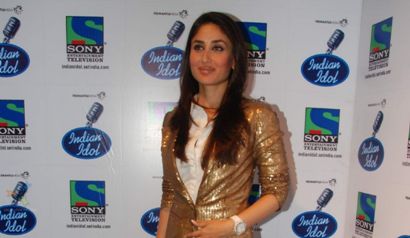 Bollywood actress Kareena Kapoor, who is preparing for the release of her much awaited movie ‘Heroine’ will soon be seen on the popular reality show Indian Idol. The show is now nearing its final leg as three finalists have been chosen, Vipul Mehta, Amit Kumar and Devendra Pal Singh.