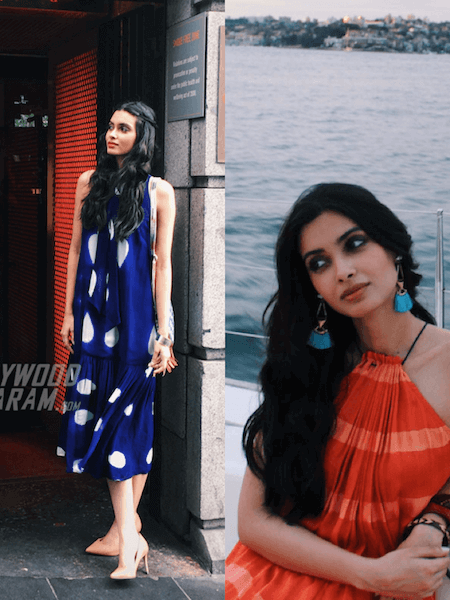 Her Holiday Photos are Giving Us Some Serious Vacation Goals!

Diana Penty who was last seen in Happy Bhaag Jayegi is having a blast on her holiday in Australia. Looks like the Cocktail actress is treating herself to a break after her travel portal endorsement deal shoot down under.

Check out some of her Bollywood Garam exclusive pictures right here!

Here’s Diana – all set to take off on a helicopter ride to see The 12 Apostles – a collection of limestone stacks, off the shore of Victoria.

Diana even took a trip off Queensland later, and posted an aerial picture of Gold Coast on her Instagram account. Check it out right here.

Here’s the pretty lady again, posing away for the camera as she serenades off Sydney’s coast on a breezy aussie afternoon. We love Diana’s blue earrings!

Here’s the Cocktail Actress at the Sydney Harbour Bridge. She climber as many as1332 steps to get there. But we guess it was worth it as her snap is spot on! She looks fantastic in her track suite with the Sydney Opera house in the background, at 440 feet high!

Here are a few more clicks from her Australia travel diary.

We even caught the beautiful actress posing outside Sydney Press Club, sporting a pretty blue and white maxi dress. We love her simple yet elegant hair-do in this one. Do you?

Diana took four years to do her second film, Happy Bhag Jayegi, but we believe that it won’t be long before she announces her second film, once she’s back from her mini-vacation down under.