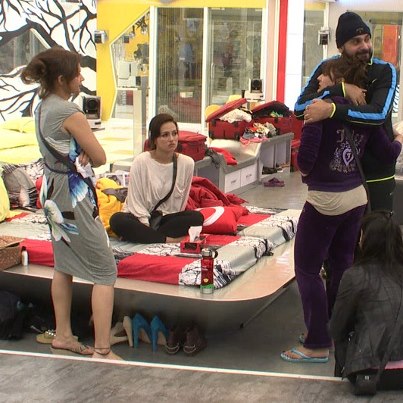 It appears that the makers of the popular reality show Bigg Boss are attempting to keep their promise to make this season of the reality show a family-friendly affair. On the latest episode, Bigg Boss announced a luxury budget task named  ‘Badshah Aur Ghulam’ (master and slave), which kept the housemates entertained and did not contain much mature content.

The housemates were first divided in to masters and slaves, and both had to follow a set of rules. Delnaaz Irani read out the rules of the task and the housemates were seen listening intently as they were being read out.

According to the rules, the masters were supposed to enjoy the services of slaves. The slaves were assigned some funny tasks to perform by the masters, and Vrijesh was seen making the most of the task by entertaining the audience through his expressions and actions.

Actress Sayantani performed her duties well as a slave, but at the end of the day she broke down, saying that she would miss all the fun if she gets cut from the show as she has been nominated this week for elimination. Sana, who is another actress in the house was saved from  nominations in the face-off competition opposite Sayantani. Karishma and Sana were seen discussing Sayantani’s performance and said that they felt sad for Sayantani’s loss but liked her performance in terms of dedication and expression.