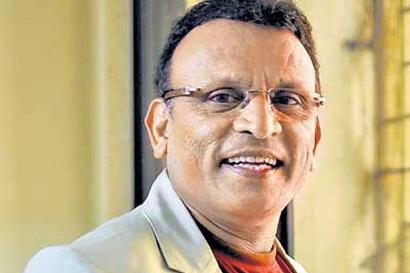 Indian actor and TV host Annu Kapoor was best known for hosting the popular TV show ‘Antakshari’. The show has been running for a good number of years, and has also become the longest running show on Zee TV.

The channel is now planning to recreate the magic of the musical show, which was watched by millions in the country at one point of time. Kapoor has always been the creative and the most entertaining host of the show, which had seen a good run in the late 1990’s.

There are reports that there would be a gala night for the shows’ return, which will have some of the biggest actors of Zee TV’s popular shows. Some sources from the production unit revealed that actors like Ankita Lokhande of ‘Pavitra Rishta’, Rati Pandey of ‘Hitler Didi’, ‘Kinshuk Mahajan of ‘Afsar Bitiya’ and Dishank Arora of ‘Punar Vivah’ will be seen enjoying the musical game show.

The makers will be featuring a single episode event which will air around the second or third week of November, and will be hosted by Annu Kapoor. Currently the show is being shot, according to popular sources. Attempts were made to contact Annu Kapoor, Kinshuk Mahajan and Rati Pandey in regards to the show, but none of them were available for comment. The iconic music show started in the year 1993 and ran up to 2006 on Zee TV.