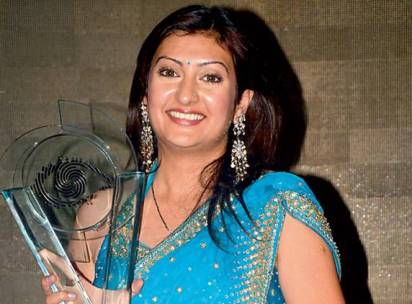 The fifth season of the controversial reality show, Bigg Boss has finally come to a conclusion. TV actress Juhi Parmar has claimed the title and has become the winner of the Rs 1 crore cash prize.

After three months of being in the house amidst fights and arguments the audience has chosen their favorite. The final fight was fought between Mahek Chahel and Juhi.

Juhi became a popular face of the Indian TV industry with her role of ‘Kum Kum’ and is now all set to begin her second innings of her TV career. While taking to a daily the actress said that she was almost sure that she would win the show.

Parmar also expressed that if Mahek had become the winner then the audience would have doubted the show’s credibility. The actress also said that most of the inmates were not fond of Mahek and her wild card entry did not go down well with many people. Mahek while in the house often got in to spats and this was also expressed by Juhi, who said that the audience might also have noticed the same. Before announcing the winner the host of the show Salman Khan and Sanjay Dutt asked the rest of the contestants about who will be the winner and 90 percent of them took Juhi’s name.