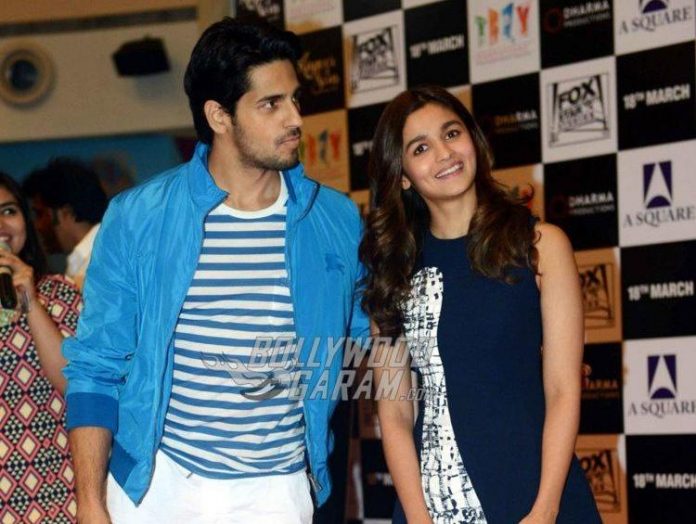 Bollywood actor Sidharth Malhotra celebrated his birthday with close friends on January 16, 2017. The ‘Student Of The Year’ actor was seen spending quality time with his alleged hush-hush partner Alia Bhatt. Sidharth and Alia were seen on a lunch date before they attended Karan Johar’s book launch for his book titled An Unsuitable Boy.

Reports say that the two recently came back from a holiday in New York. Sidharth’s mentor Karan Johar threw a bash for Sidharth on his birthday which was attended by close friends and colleagues from the industry. Alia and Sidharth have never come out in open about their relationship but have been constantly seen spending time with each other.

Sidharth in a recent interview said that he was protective about Alia as he knew her since day one and worked together in the movie ‘Student Of The Year’.

After sharing screen space in Student of the Year and Kapoor and Sons, the rumored couple is likely to share space in the upcoming movie Aashiqui 3. Their fans will be the happiest if this happens!