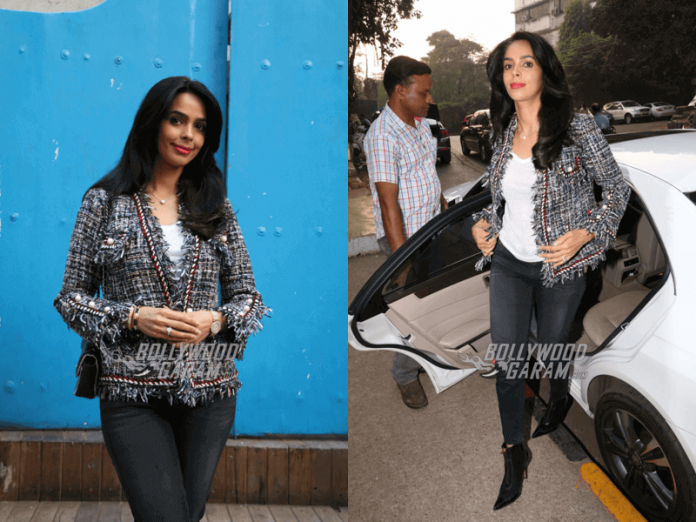 Actress/ Model and International Socialite – Mallika Sherawat was spotted arriving at Olive restaurant in Bandra on January 15, 2017. She was last spotted at the Pro-Wrestling League in supporting the Haryana Hammers. The actress has permanently shifted base to Paris and came down to Mumbai on a short personal visit.

She was happy to pose for the cameras and looked lovely in her chic black – white jacket paired with as simple white top, black jeans and trendy pointed heel boots.

Stay tuned for latest updates on your favorite actresses only on Bollywood Garam!