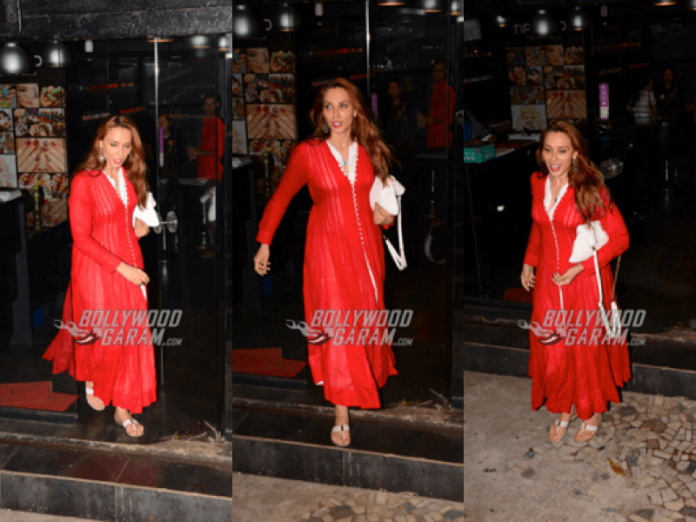 Salman Khan’s rumored Romanian girlfriend, Lulia Vantur was spotted at her spa session in Bandra on January 13, 2017. The Romanian Model was last spotted performing at Star Plus Dhakkad Dhamaal event on January 8, 2017.

We caught her sporting a beautiful red dress just outside the salon in Bandra. Enjoy the gallery below –

She has been recently seen on several reality television shows and social events. While on the work front, Lulia was last seen in an item song named Ummbakkum in the film O Teri (2014).

She looked lovely in her sheer red dress with a white fall and paired it beautifully with a classic white bag and crystal earrings.

Stay tuned for garam updates on your favorite stars only in Bollywood Garam!