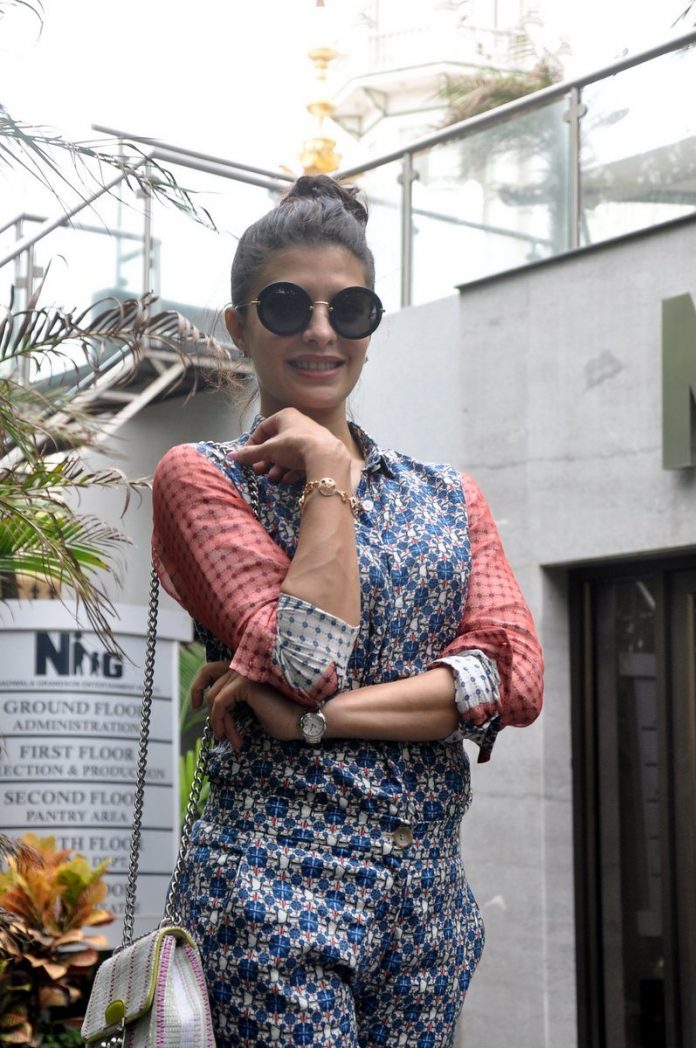 The paparazzi shutterbugs caught up with Srilankan beauty Jacqueline Fernandez on July 19, 2014. Jacqueline is currently gearing up for the release of her upcoming movie ‘Kick’ opposite Salman Khan.

Jacqueline looked pleasant in a printed blue jumpsuit, with glares and hair tied up. The ‘Housefull 2’ actress was last seen in the movie ‘Ramaiya Vastavaiya’ in which she did a special song ‘Jaadu Ki Jhappi’.

Apart from ‘Kick’ the actress has a couple of projects on hand including ‘Roy’ and ‘Bangistan’ in which she will be making a special appearance.